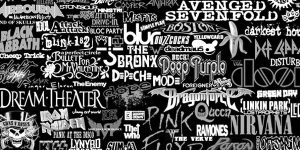 The most popular rock bands have made a lasting impression not only though their music but with their inventive band names and song titles that have become recognized worldwide. Although many people are familiar with the names of these popular rock bands and their melodies, the way the bands titled themselves, their albums and their songs is not a story that is always told. This is your chance to learn how these rock bands came up with their names and how they have helped the music become so popular.

Classic rock bands like Led Zeppelin, Lynard Skynard and The Doors are all examples of bands who used inspiration from their daily lives to title their musical works. Lynard Skynard used their high school teacher as an inspiration for their band name. The teacher, Leonard Skinner, was well known for suspending students for having long hair and the band used their skewed pronunciation as a way to revolt against the stiff edged disciplinarian. Also using real life inspiration, Led Zeppelin named their song Black Dog simply because a stray black dog had accidentally wandered into the recording studio and surprised everyone while recording the tune.

The Clash was inspired by world events when they wrote the song Rock the Casbah as a response to the banning of rock music in Iran. Bob Dylan used to drive Route 61 through Mississippi constantly. He drove the highway to his hometown and named his album Highway 61 Revisited afterRoute 61as a nod to his years creating in his car. Although, some titles are easily understood, there are many that leave the listener completely in the dark as to why it was chosen.

As well as using unique ways to title their work, musicians have had a history of using creative pseudonyms. Rock star, Axl Rose, came up with his name by using the words oral sex and rearranging them while Bono was nicknamed after his hometown hearing aid store. It is easy to see that the unique style of rock has served up some of the most unique titles as well.