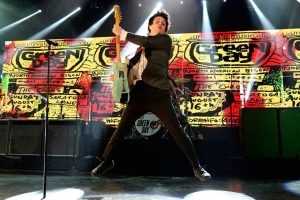 It is usually widely advertised in the media when an artist signs a deal that will make them big time cash. These artists are often the bands we know can gather a large fan base but there have been some unusual deals in the history of music that aren’t frequently spoken about.

The albums with the biggest ticket price were those you would assume like Micheal Jackson and U2 for their ability to constantly fill stadiums and record great music over and over again but did you know that Aerosmith and The Rolling Stones didn’t get paid as much for their albums as R.E.M did? While Aerosmith cashed in with 20 million the rock stars R.E.M were paid a whopping 50 million for their album. That is a thirty million dollar difference in payment but contracts are always signed before an album is released, which makes this pricing even more interesting. Although R.E.M may have been big stars at the time of their album deal in 1996, their flame burned out much quicker than that of Aerosmith’s. Aerosmith’s biggest deal from 1991 was made for 20 million but the royalties over time have outweighed those of R.E.M’s by massive numbers.

The Rolling Stone’s biggest deal happened in the 1982 but the releases were a big disappointment compared to their previous albums. Mariah Carey is on record as one of the highest paid musical artists with a deal of 50 million for five albums. She made history when her movie glitter tanked and the recording company paid her 17 million to get out of their contract. Alongside her brother, Janet Jackson made the top earners raking in 50 million for her mid 1990 album with Virgin records but it was Robbie Williams in 2002 who was paid a massive 80 million for four albums with EMI.

There have been a variety of recording contracts signed by artists over the years, some more lucrative than others. When looking at these deals in retrospect it is easy to see that some didn’t turn out as the recording companies had initially hoped.