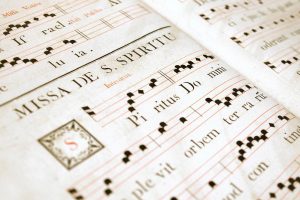 There has been a long time debate over where different elements of music theory and popular music have originated. The metronome was developed by Beethoven because he didn’t want people to play his pieces at the wrong speed. Much of the most popular theory was developed for the artists who were the first to write music. They developed a way for people to recreate their work with the hopes that no one would be compromising the structure of it.

When Beethoven contracted out the job of creating an instrument to keep tempo, he was looking for a way to demonstrate the inflections and change in tone within each of his pieces. He realized that previous to this, people could play the rhythm of his music improperly. This panic is what pushed Beethoven to create one of the most widely recognized musical tools today.

Although notation can be found dating back to ancient stone carvings, the interpretations of those works leave much to be debated. Nowadays, musicians worldwide use sheet music and the specific notation rules created by Italians to communicate how their music should be played. It was in Italy that many of these instruments were first conceived. Many assume that this is because the Country was not only wealthy enough but thoroughly encouraged by the population to support the arts. The Piano was conceived in Italy along with most of the accompanying music notation. That notation, although adapted, has withstood the test of time, being transposed into the methodology for all sheet music.

There is a structure behind every art, whether it be writing, painting, drawing or creating music. Although, there is a strong element of creative ability necessary for creating music, the musician must also be able to communicate that ability in order to have it recognized. Because of this, music notation has been one of the most studied concepts in music history.